Our clinic is the youngest of all three surgery clinics. 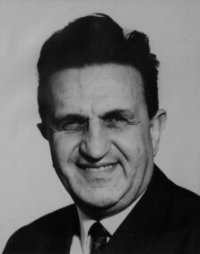 Establishment of the clinic

Medical universities needed to extend practical teaching and let young doctors work directly at a patient’s bedside, which led to the establishment of the clinic. In 1957, Prof. MUDr. Josef Pavrovský, DrSc. (5. 6. 1909 – 28. 6. 1974), who came to Prague from Plzeň, became the first head of this completely new department. The clinic was based in Prague´s Vinohrady district, in Londýnská Street, in a former tenement house, which by the end of the 1930s had been turned into a sanatorium. Before the clinic was established, there had been a gynecological department in this building.

Newly founded clinic was general working in the field of surgery, extended to the newly developing trend of neurosurgery, in which the head of the clinic was engaged. From the very beginning, detached department of the General University Hospital at Karlovo Square work required a considerable degree of independence. The clinic had its own modest laboratory, a washing room, kitchen, etc. One year after establishment of the clinic, professor Pavrovský left to accept the position of head of Surgery Clinic I, and he took part of the his doctor team with him (prof. Lichtenberg, Doc. Pešek and Doc. Fanta). 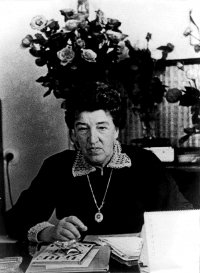 In 1959, Doc. MUDr. Olga Vaněčková (born 1909) who was previously working at Surgery Clinic II, became head of our clinic. MUDr. Miloš Vrbka, a surgeon and traumatologist, became her deputy. Olga Vaněčková devoted herself to abdominal surgery and introduced operations on the esophagus, which at that time were among the supreme achievements of abdominal surgery. After professor Pavrovský left, department lost its status as a clinic and became merely a surgical department of the General University Hospital until 1967. In that year the department got a status of clinic which provided surgical instruction for stomatologists.

A clinic once again

The re-establishment of the clinic was preceded by extensive reconstruction of the building in 1965-1966. Surgery Clinic III became (alongside the incomparably larger Surgery Clinics I and II) a surgical department, which was sought after ever more now. 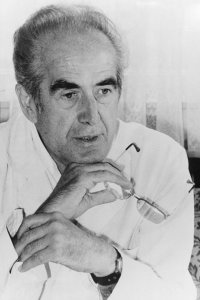 In 1974, assistant professor Vaněčková terminated her activities as head of the clinic and left for the policlinic. She was replaced by Prof. MUDr. František Řehák, DrSc. (born. 1927), who had come from Surgery Clinic II, at the head position. Řehák was a renowned thoracic surgeon, who later became the chairman of the Czech Surgical Society. Under his management clinic pursued general surgery, including traumatology. Thoracic surgery experienced a great development. With regard to the number of operations performed, our clinic was the leading workplace in the country.

Prominent figures at the clinic

Professor Řehák retired in 1992 and the clinic management was taken over by his student, Prof. MUDr. Pavel Pafko, DrSc. (born 1940). However, the environment of the clinic was no longer fit to meet the requirements of modern surgery. Especially after Czech president Václav Havel surgery, media noticed the obsolete construction design of the building. Practically everything necessary had to be transported to the detached department of General Hospital center in Karlovo Square in a complicated way. Therefore, employees decided to change their workplace. In 1997 the clinic moved to the University Hospital in Motol. The scope of its work stayed the same, and only traumatology was dropped.

Under professor Pafko´s management, doctors from our clinic carried out the first lung transplantation in Czech Republic in 1997. That marked the beginning of the Lung Transplantation Program at our clinic.

Professor Pafko led the clinic until 2010. The present head of the clinic is Doc. MUDr. Robert Lischke, Ph.D. (born 1966), who has been connected with Surgery Clinic III his entire professional career. Similarly to his predecessors, he is also both a general and a thoracic surgeon.

Our clinic’s advantage is a smaller team, which ensures closer and better relations between members of the attending staff. This has a positive effect on the staff’s attitude towards patients.