If we really want to find the history of today's University Hospital in Motol, we can not approach it (as was customary so far) only in terms of geography, ie. deal only with the history of the current area in the Motol valley. The modern buildings of the University Hospital in Motol give the impression that it was founded only recently. Few would believe that such greats of Czech medicine as Neureutter, Epstein, Brdlík, Švejcar, Hněvkovský or Niederle are connected with its history. However, the basis of the modern huge medical complex was created by the Children's University Hospital and the Faculty of Pediatrics (now the 2nd Faculty of Medicine, Charles University), which had to move from Karlovy Vary to Charles due to the construction of the Nuselský Bridge. The fact that the complex was built in Motol was the result of a choice of several options. The aim was, by merging the DFN with the Municipal Hospital in Motol, to build a modern medical complex serving patients throughout their lives.

Based on Resolution No. 149 of the National Council of the National Council of 23.6.1970 June 1, the University Hospital in Motol was established by the merger of the DFN and the Municipal Hospital in Motol on 1971 January 2.750. At present, the University Hospital in Motol is a contributory organization under the direct management of the Ministry of Health of the Czech Republic. This complex has become one of the largest in Europe. At that time, the hospital had 923 beds in the adult section and 39 beds in the children's section. The hospital complex covers an area of ​​1936 hectares. The oldest brick building is today's pavilion of infectious hepatitis, a former building of the Lupus Institute designed by Rudolf Kvěch from XNUMX.

The University Hospital in Motol is one of most important medical institutions in the Czech Republic. Its importance lies not only in the breadth of practiced medical disciplines and the capacity of workplaces, but also in the almost unique homogeneous concentration of all operations in one location, specifically in two building monoblocks. In this way, specialized medical and nursing teams of many fields are grouped together, which, if necessary, can immediately unite and provide comprehensive and complete care. It is precisely the complexity and completeness that have been a long-standing idea of ​​the hospital.

A wide range of fields covers almost all issues of routine medical care and smoothly transitions to specialized and super specialized care. For a number of medical workplaces in the Czech Republic, the University Hospital in Motol serves as a higher instance of cases that are already beyond their means. 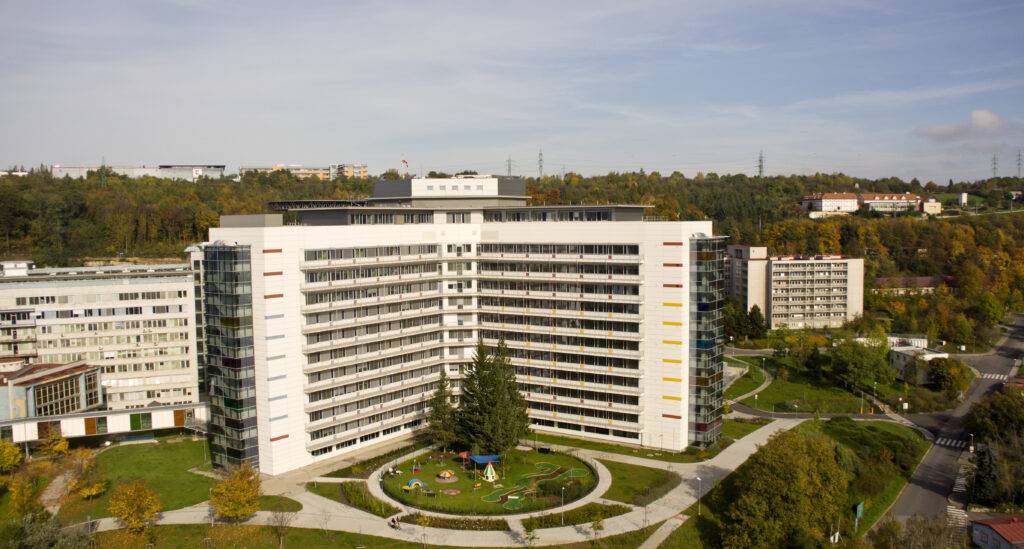 In recent years, thanks to strong specialization in some, especially pediatric fields, the Motol hospital has become a destination for foreign patients. This makes it a world-renowned and well-known medical capacity that meets the global requirements of patient care.

In 2006, an extensive reconstruction of the children's section of the hospital was started. For illustration only. 5000 tons of material was demolished and removed. All statically damaged structures were repaired (statics was beyond safety). 4500 km of cable distribution systems were also newly installed and the most modern technologies were installed.

The newly reconstructed building of the children's part is designed in the shape of a cross, from which the individual arms have names according to the capital letters of the alphabet A, B, C, D. The center forms a communication node and is marked with the letter S. Part of the building is a heliport, which allows rapid transport of the patient to the emergency room. Child up to 50 seconds and adult up to 5 minutes.

Manage Cookies Agreement
To provide the best possible service, we use technologies such as cookies to store and / or access device information. Consent to these technologies will allow us to process data such as crawling behavior or unique IDs on this site. Disagreement or withdrawal of consent may adversely affect certain features and functions.
Manage options Manage services Manage vendors Read more about these purposes
Show preferences
{title} {title} {title}
Skip to content